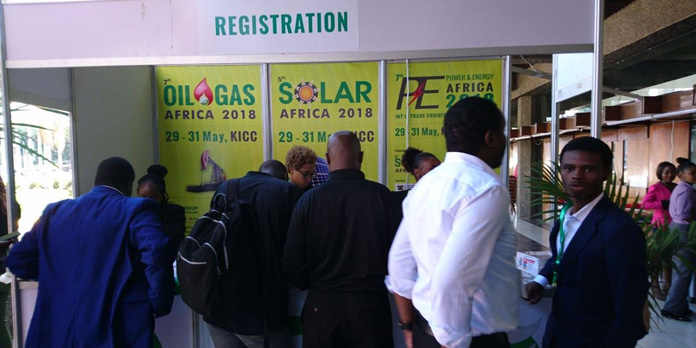 Pumps Africa attended the just concluded 7th Oil & Gas Africa – International trade fair which took place from May 29 to 31. The event served as a hub for key players in the oil and gas community.

Major oil, gas and oil companies from all over the world were present and Pumps Africa observed that although Kenya is itself one of Africa’s largest markets, the emphasis is on attracting traders and importers from neighboring countries.

This year’s event has been merged with the 5e Solar exposure and solar companies were well represented, almost to the point of stealing the show.

Oil & Gas Africa offered attendees the opportunity to showcase the latest industry achievements and technologies. They were also able to network with the main players in the region’s oil and gas sector.

Project managers in attendance had ideas on what equipment to use for their projects and plenty of opportunities to consult on the latest innovations and benefits.

Some of the exhibitor categories included: well drilling and completion equipment, lifting equipment, offshore platforms, refining and petrochemical equipment and services, to name a few.

YATO Kenya stood out among the exhibitors not only by their large stand, but also by the fact that they carried a variety of their products with them.

Companies such as Ruhrpumpen Group and RATO came with the intention not only to exhibit their products, but also to get local distributors. Others like Shakti pumps were there to strengthen the awareness of their respective brand as they already have a strong customer base in the country.

Local wholesalers as well as retailers attending the show were also able to purchase equipment at factory prices.

More than 60 Thai companies will attend the trade fair