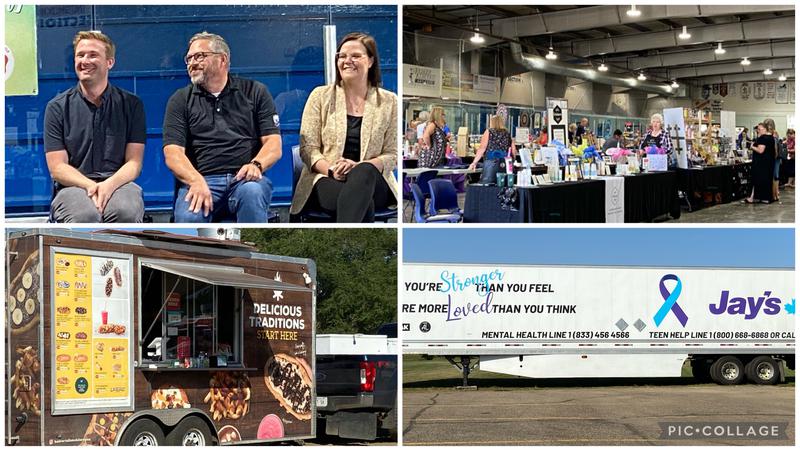 Food Truck Festival and Trade Show kicks off in Battleford

“It’s been a busy summer in Battleford, and in Battlefords in general there are a lot of events coming back,” he said. “It’s really great to see something like this, and vendors coming from outside the community. It’s something we value and people see when they visit our community.

Battleford Mayor Ames Leslie noted that since the Saskatchewan Handcraft Festival ended in 2017 in Battleford, the town has missed a major festival. The Food Truck Festival and Trade Show is therefore something new to offer to the community.

“Hopefully this can spread and replace that void in our community in August. It will give people something to do just before school starts,” he said. “Bringing our communities together is the goal here, I think it will be a great opportunity to accomplish that.”

He noted that proceeds from the beer garden at the event will benefit Concern for Youth.

Leslie hopes the Food Truck Festival event can be an annual affair.

The festival was led by community planner Paige Hundt, who had a vision for the event, with support from administration and council.

Discovery Co-op, along with a number of other supporters, helped make the event possible.

Outside the festival site, Jay’s Transportation Group has a large trailer truck parked near the roadway to promote mental health, with phone lines to call if anyone needs help.

Neil Lascelle, branch manager of Jay’s Transportation Group at the Battleford offices, said he hopes the signage can make a difference in helping people in communities wherever they go.

Neil’s son Ash died aged 15 of mental health issues in 2018, so the case is close to home for his family.

“As a company, we’re a big supporter of a lot of different organizations, … so we have several of these rolling billboards all over Saskatchewan on our trailers,” Lascelle said. “Mental health is something that is really personal to me.”

He said when the company posted mental health information on its blog, the feedback was overwhelming. He therefore felt that more needed to be done to raise awareness of the problem.

He was involved in selecting the design of the trailer signage which also includes numbers to call to promote mental health, including teen mental health.

“I think we need to raise more awareness,” Lascelle said.

Unit Ag. The company is preparing to host a fair and a fall exhibition