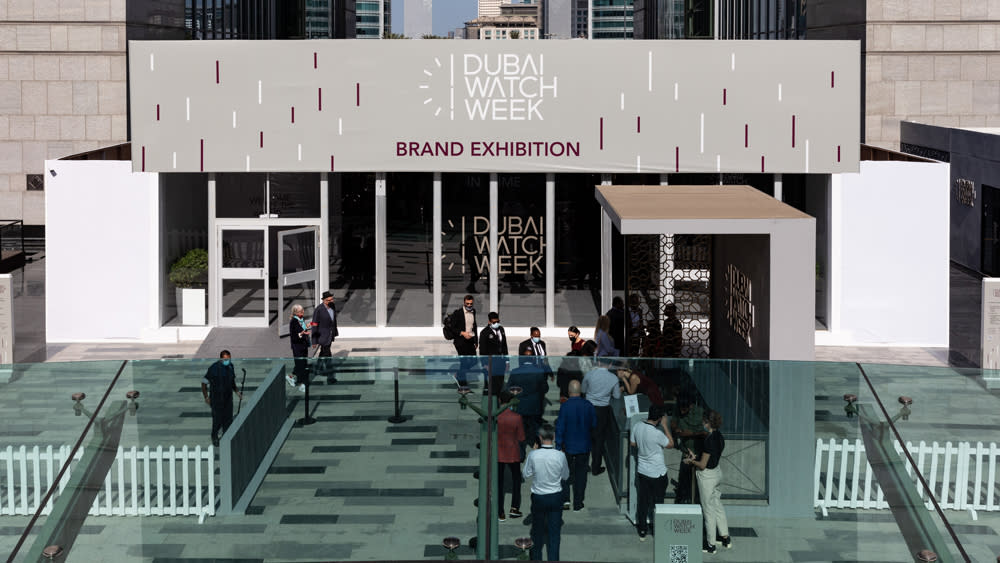 How Dubai Watch Week is changing the game of watch shows

In the wake of the post-Baselworld watch industry turmoil and the search for a meaningful alternative, Dubai Watch Week emerges as a promising model for face-to-face luxury watch launches in the future. .

The strength of the event, held last week at the Dubai International Financial Center, is that it is not just a trade show. It is open to consumers, so in addition to attracting the region’s top retailers, it has become a magnet for some of the world’s biggest collectors. Many of the 51 exhibitors have scheduled new launches to coincide with the event, releasing them in sets ranging from one to 100 – with many limited to less than 10. Collectors in attendance were therefore among the first to see these pieces, and it’s surprising there. There was no brawl in the aisle – and there’s only one aisle in the exhibit area – over who gets the first dibs.

The real draw of the show is this dichotomous combination of accessibility and inaccessibility. Unlike Baselworld, it is intentionally small and all stands are open. Instead of an army of employees meeting in closed meeting rooms, CEOs and other brand executives sit in the open air, personally showing collectors and journalists up close watches at a million bucks. If you stop at the pits while walking around the living room, you can look over their shoulders. (It’s not that there aren’t more brands available at the fair: Tudor, Bell & Ross, Reservoir and Oris also showed up to display their new watches.)

The other main draw of Dubai Watch Week, and what really sets it apart from other events, is the Watchmaking Forum, a series of roundtables designed to foster discussion on topics ranging from creating a collection to creating a collection from watches to understanding NFT. In addition to including serious watch collectors in some of the panels, this year’s sessions attracted industry heavyweights like Audemars Piguet CEO François-Henry Bennahmias and Breitling CEO Georges Kern. , as well as other titans Shark aquarium star Kevin O’Leary, and luxury brand strategist Lisa Rokny of Avenue Fifty Two. The panels were recorded and can be viewed on the Dubai Watch Week website. Some of the panels got a bit off-topic, but that was the point: it was open discussion – free for all, versus more structured venues.

The salon is also unique in that it is not produced by any salon company or group of brands, but rather is run by one of the world’s largest retailers, Ahmed Seddiqi and Sons, founded in 1949 and now with over 50 locations in the United Arab Emirates. It remains a family business and Hind Seddiqi, granddaughter of the company’s founder and chief marketing officer, is the organizer of Dubai Watch Week. Exhibitors said they were extremely happy with the way the fair was organized, with some calling it the best organized fair in the industry, where they felt very welcome, with frequent visits from fair staff throughout. of the living room to meet all needs. One exhibitor, who requested a slight change in the height of the display case on the first day, was shocked and delighted to see that this was done the next morning. He commented: “That would never have happened at this other great trade fair. “

Hind Seddiqi explains the inspiration behind Dubai Watch Week: “Customers and friends always ask us, ‘Why are you so obsessed with watches, so fond of watches?’ I answer that first, it is in our family. I grew up in the business, so it’s in my blood. But secondly, as retailers, we’ve always had privileged access to the industry – watchmakers, artisans, engravers – and they’ve played a huge role in making us fall in love with their brands and their products. So one of the things we started doing in the early 2000s was to take collectors and potential collectors with us to Baselworld and other places and give them the same access. We saw how it transformed their perception of watches, and we saw their passion grow from there. This is one of the things we wanted to achieve with Dubai Watch Week. We also wanted to bring manufacturers together to share their common interests and struggles within the industry, and that’s why we created the forum. “

Retailers and collectors had come from far and wide, including Eastern Europe, India, Singapore, UK, Belgium and Turkey, in addition to the UAE region. Exhibitors included major players such as Audemars Piguet, Rolex, Bulgari and Chopard, and smaller brands like Bovet, FP Journe, De Bethune, Greubel Forsey, Louis Moinet and Purnell. Some of their introductions, illustrated here, will be covered in depth in future articles. In addition to the exhibiting brands, there was also an exhibition of this year’s Grand Prix d’Horlogerie de Genève award-winning timepieces.