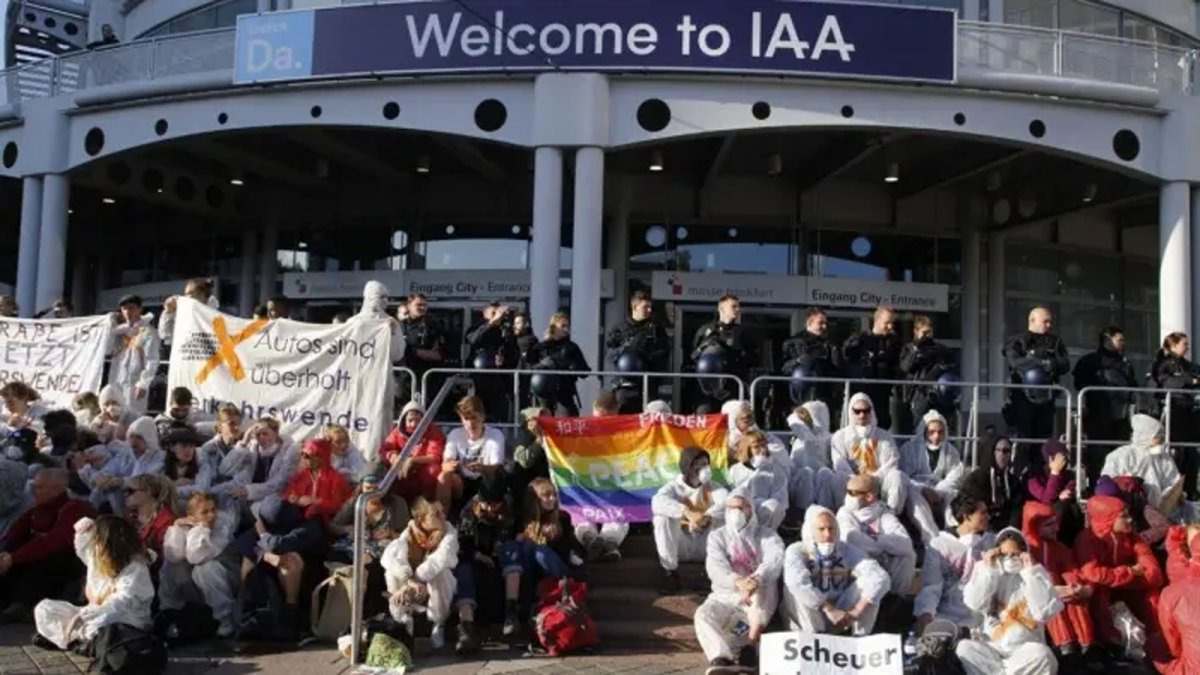 Opponents of the car have called for mass action against the IAA Munich motor show under the slogan “#blockIAA – relieve carmakers, protect the climate”. On behalf of the ‘Sand in the Gears’ alliance, press spokeswoman Lou Winters said today: “In September we will stand up against the destructive car madness.”

The auto industry is trying to “maintain its business model without a future”; but “neither in social nor ecological aspects are electric cars a solution”, said the spokeswoman and announced that her alliance “will block the IAA in its process”. The alliance calls for “a radical shift in traffic” with car-free cities and free local public transport. Around 100 activists from the group blocked the main entrance to the IAA in Frankfurt in 2019.

Upon request, the Munich police headquarters announced: “Non-peaceful protests and actions with significant security disruptions will be dealt with in a consistent and immediate manner. Violations of the law, in particular established crimes, will be prosecuted. To ensure that the IAA Mobility 2021 runs safely and that visitors, exhibitors and guests are safe, “Munich police are on duty with sufficient forces” and act accordingly.

Source of the article

Disclaimer: This article is generated from the feed and is not edited by our team.

The major brands participating in the F2F Sourcing fair