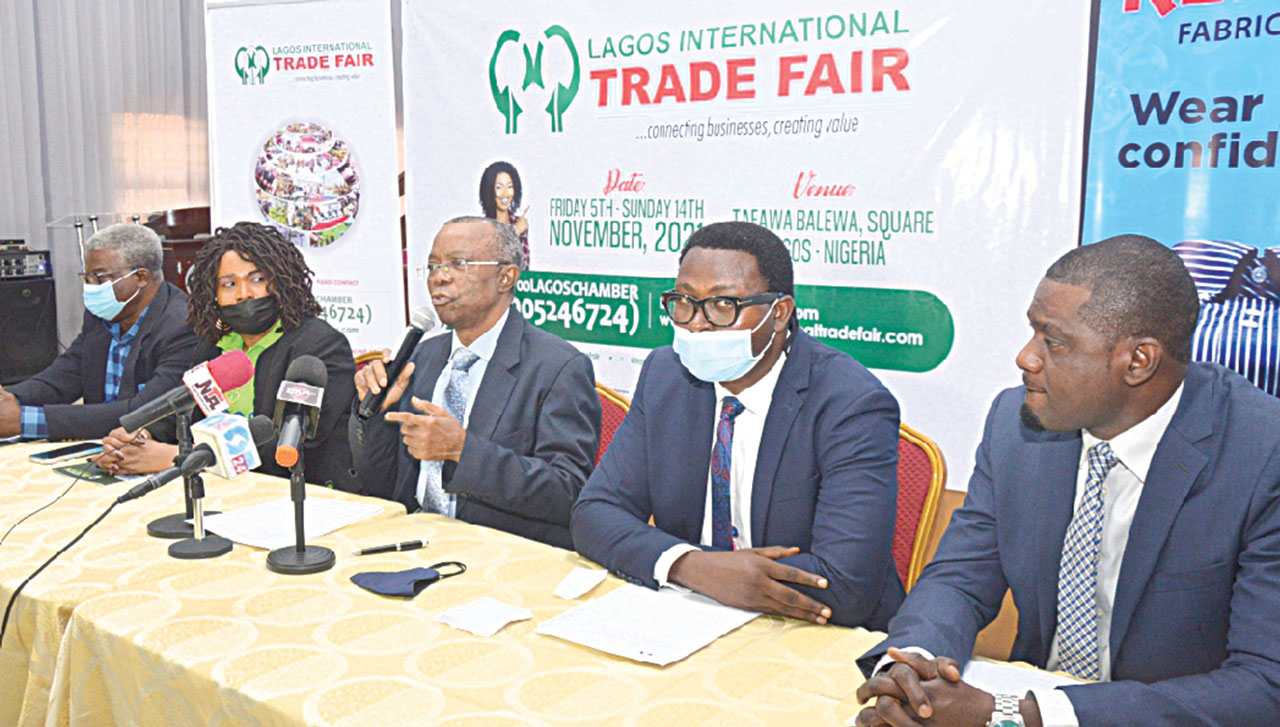 The Lagos Chamber of Commerce and Industry (LCCI) said it is about to hold its annual Lagos International Trade Fair at its permanent location.

Indeed, the Organized Private Sector (OPS) has stated that it is so costly for the chamber to organize the annual trade exhibition in Tafawa Balewa Square (TBS), claiming that the structures built with a lot of money for the 10 day event were finally dismantled, which the chamber called a “bad deal”.

Trade Promotion Board Chairman Gabriel Idahosa at a press conference to announce Lagos International Fair 2021 said the Chamber is working very hard to secure a permanent site for its annual fair.

“We’re very close to getting there. Two weeks ago we had some very important meetings to get this permanent site. For us in the House, it cost us a lot of money to reduce the huge investment we put in to run the ten day event. This is a bad deal.

“It cost us a lot of money to bring ten 500 kva generators to power the TBS. Our competitors around the world organize trade shows of this size on a plug and play basis.

“We’re working hard on this and we certainly don’t want to make an announcement until it’s all over, but I’ll tell you, we’re closer to where we were last year.”

On the trade war between Nigeria and Ghana, he said discussions were underway with the Ghanaian consul general in Nigeria, noting that the Nigerian high commission, government officials and the two unions, including the Ghana traders, and Nigerian traders in Ghana, held seven meetings in Accra to resolve trade disputes.

“According to the latest report, the government of Ghana told the two unions to keep the peace while doing business, as the search for solutions is ongoing by both countries,” he said.

He pointed out that the 2021 trade fair scheduled from Friday November 5 to Sunday November 14, 2021 at Tafawa Balewa Square, Lagos, on the theme “Connecting businesses, creating value”, is expected to attract more than 200,000 visitors over a period of time. ten days.

“The exhibition space of around 28,000 square meters and the number of exhibitors expected are around 1,500 exhibitors from around 16 countries,” he said.

Speaking on the African hall, he said that the purpose of the hall is to bring together exhibitors from all African countries under one umbrella to showcase their products, services, arts, crafts and regulatory services and in particular to promote intra-African trade.

“We believe that Africans must develop trade and investment among themselves to fully activate AFCTA. The Lagos International Fair (LITF) platform is a great opportunity to do so. In pursuit of this objective, this year we will organize the special Africa day at the Fair. Investment and trade promotion agencies in some African countries have shown interest in this, ”he added.

He assured visitors and exhibitors of smooth traffic during the 10-day period, commending the Lagos State Government for its efforts to improve the ease of movement around the TBS.

“We are particularly impressed with the current facelift given to the loading docks around the Fair site. With this, our collaboration with various public sector organizations in various key areas to improve exhibitor and visitor experiences will undoubtedly produce better results, ”he added.

“Adequate security is guaranteed in collaboration with all federal and state government agencies. This is in addition to hiring a private security consultant to coordinate all security activities, ”he noted.