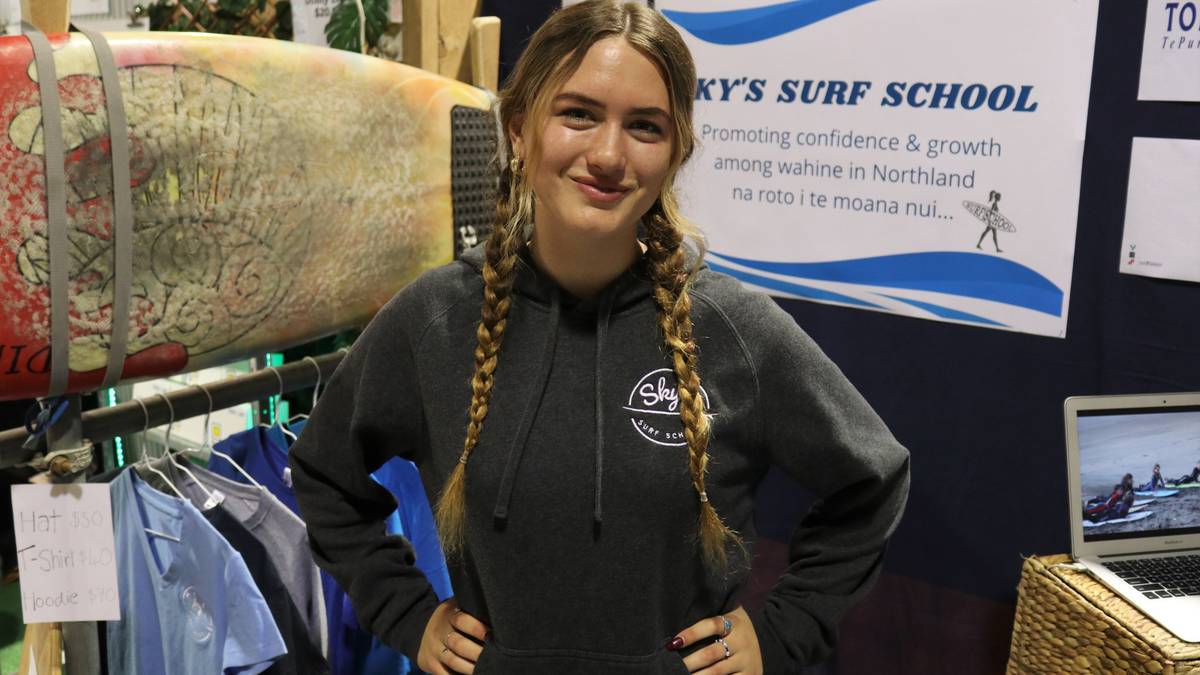 Kerikeri, 18, Sky Gundry has won the show for the second consecutive year with Sky’s Surf School, which aims to give young women confidence in the water. Photo / Peter de Graaf

For the second year in a row, a teenager from Kerikeri has won a Northland-wide competition for the best student company with a surf school aimed at giving young women confidence in the water.

Sky’s Surf School, founded by 18-year-old Sky Gundry, was judged the best entry for stand presentation and willingness to engage with the public at the Young Enterprise Scheme trade show held at the Old Market on Saturday Kerikeri Packhouse.

The Customer Choice Award was won by Jacob Fewtrell for Insight, a company that makes automated solar lights.

Coordinator Gary Larkan said 47 student companies from all over Northland attended the trade show. The event drew a large crowd and more than half of the booths sold out.

The lucky customers who went home with $250 supermarket vouchers were Hurimae Latimer from Panguru and Val Mack from Kerikeri.