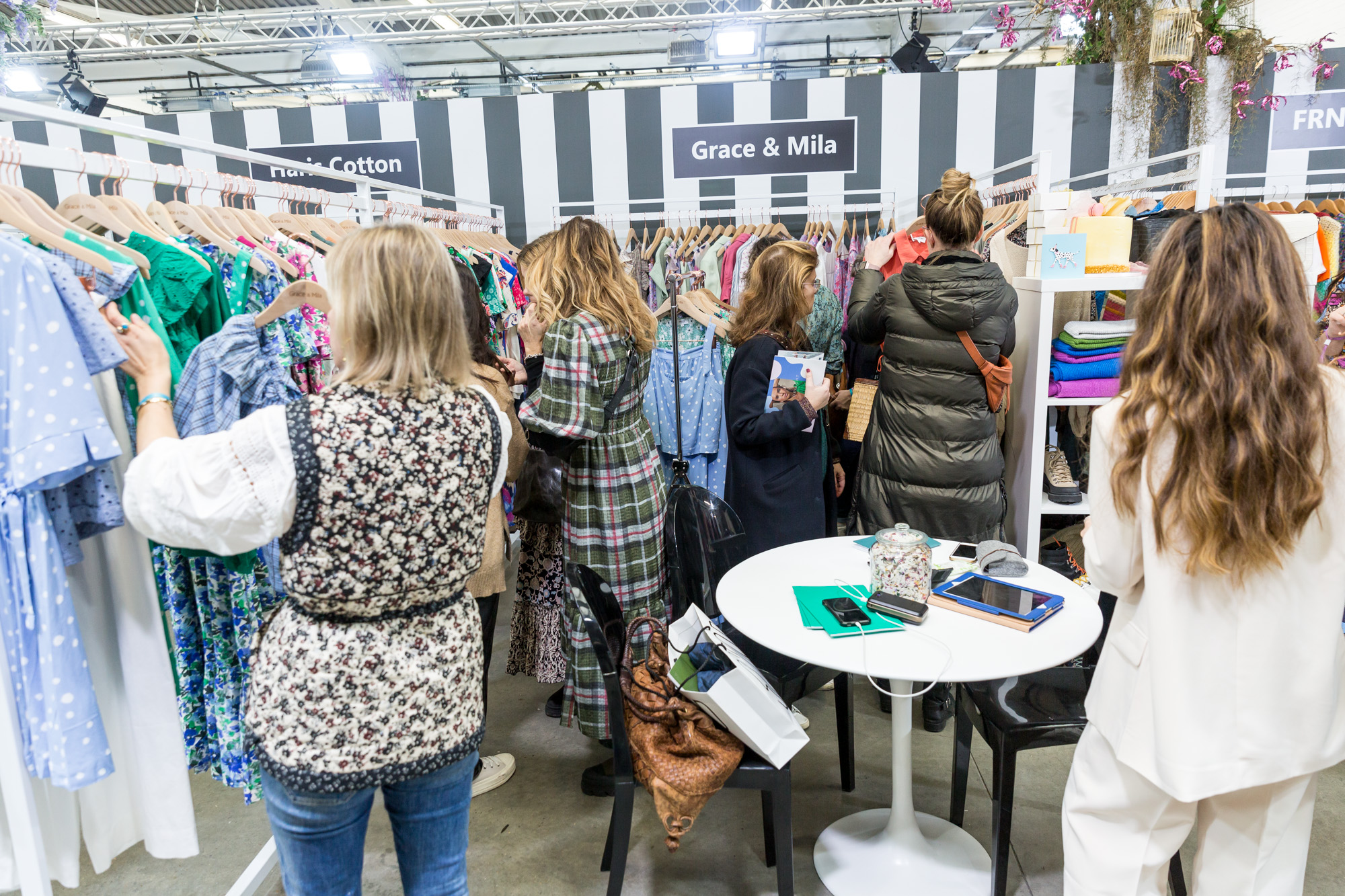 Putting menswear back on the trade show map

Walking through the Fall/Winter 22 shows in January and February, one thing was noticeable: the predominance of women’s fashion. While the London showroom event Welcome Edition and the emerging London/Manchester exhibition Just Around The Corner catered to the menswear market, the Hyve Group’s Moda and Scoop x Pure trade shows focused on womenswear and footwear, as is Harrogate Fashion Week. The absence of Jacket Required, the east London men’s event bought by Hyve Group in 2012 – which has not resurfaced since the cancellation of its Spring/Summer 21 edition in June 2020 – has also makes you feel.

Several buyers told Drapers there is an appetite for better representation of menswear at shows next season. Acknowledging the request, Hyve Group confirmed earlier this week that Scoop, which is known for showcasing high-end womenswear, will be focusing on menswear at its upcoming July 17-19 edition. Hyve remains tight-lipped about any plans to relaunch Jacket Required.

“The demise of established British menswear shows and the issue of international travel over the past couple of years has opened up an opportunity for a credible trade offering,” organizer Juls Dawson told Drapers last month (Drapers March edition , available in digital edition for subscribers ).

A buyer from an independent menswear store in Bristol told Drapers: ‘When we started attending trade shows in 2014 there was a better trade show scene. menswear in the UK has collapsed. On the wider shows it is difficult to find menswear brands.”

Another menswear buyer at an independent lifestyle store in Hampshire agrees: “The only show I have attended this year is Welcome Edition. [on 26-28 January in London]. There’s an interesting mix of brands, and we’re sure to find new ones. But that’s rare in men’s fashion.

An industry insider says the breadth of menswear brands represented at UK trade shows falls short compared to international rivals such as Paris-based Man/Woman, which has postponed its January show: ” There is a gap when it comes to the type of menswear brands that are exhibiting at these shows. The selection should reflect emerging brands and those that are stocked in high-end menswear independents.”

Karen Radley, who founded and created her own eponymous agency representing men’s and women’s apparel and accessories collections from DKNY, Missoni, Versace and Fendi, launched Scoop in 2011. She has since built a solid reputation serving the high-end womenswear market, although the show also carries a small amount of menswear from brands that cater to both markets.

Speaking exclusively to Drapers, Radley explains, “Over the past two shows I have had buyers and designers ask me to develop and grow a menswear offering at Scoop.

“Retail has changed so much over the past few years, with many women’s clothing stores now offering both. This is also not an unknown field for me: when I was an agent, I represented both the men’s and women’s collections. I will be working on this area – at first in small steps, but we hope to have an exciting selection for the July show at Olympia West and look forward to supporting all of our designers.

Some industry sources are concerned that it may be difficult to persuade menswear buyers to attend a trade show that has built a reputation for womenswear.

An agent, who has showcased several menswear brands at trade shows, including Jacket Required and Just Around The Corner, says: “Hyve Group’s decision to introduce more menswear brands [to Scoop] is good in theory, but if Hyve wants to grow its menswear brand presence, it needs to factor that into its marketing and advertising strategy.”

However, Radley counters, “Separate marketing will take place to promote our male designers. If it’s done in its own way, with its own space and identity, I believe [menswear at Scoop] will really work.

Meanwhile, the menswear market is split on whether it thinks Jacket Required should or will be relaunched.

The managing director of a men’s shoe brand says he would like the menswear show to return: “It was a big show in its heyday and a great way to attract orders and network. The good thing about Jacket Required was that it was local and relatively inexpensive compared to other trade shows where you had to travel.

“Although it has declined in its last edition and has become quite unprofitable [because of Brexit uncertainty, and the absence of Asian buyers during the early days of the pandemic] overall it was a great fair and it left a void in the market. There is definitely a need for an independent menswear salon based in London.

But an insider thinks he’s unlikely to return: “The number and quality of brands exhibiting at Jacket Required was dwindling [before it was suspended] and I would be very surprised if he came back.

Others are convinced that the expanded offerings of Just Around The Corner and Scoop, as well as smaller, more curated events such as Welcome Edition, could fill the void left by Jacket Required.

Welcome Edition was launched in 2018 by Mark Batista, co-founder of Jacket Required and owner of fashion agency Brand Progression, and menswear designer Kestin Hare. The event, which is held seasonally in London and Paris, showcases menswear brands to independent and ‘high profile’ department store buyers. As the first edition of the show approaches, from January 17-21, 2019, Hare said the new event is not a “show” because it hosts brands in private showrooms.

About fifty brands were presented during its last edition in London, including Portuguese Flannel, Superga Archive and Patapaca.

Rob Adams, menswear buyer at lifestyle independent The Hambledon in Winchester, suggests Welcome Edition is “the evolution of Jacket Required”.

He adds, “I expect men’s salons to evolve in the next few years. I predict there will be more shows, but they will be smaller, more organized and feature brands that have more synergy. This will allow shoppers to access well-known brands, but will also help them find something unexpected.

“Historically trade shows have always been an important part of how we organize menswear, some of our most popular brands have been found at trade shows. With Covid it has become easier to buy digitally but I prefer to buy with my hands, as well as my eyes. I wouldn’t want that to be replaced.

There is a clear desire for more menswear representation at trade shows, and Scoop and Just Around The Corner are jumping at the chance to meet that demand. Whether menswear should be mixed with womenswear in “hybrid” runway shows, or have its own separate space and venue to fully shine, is up for debate. Either way, the organizers are determined to put menswear back on the show’s map.