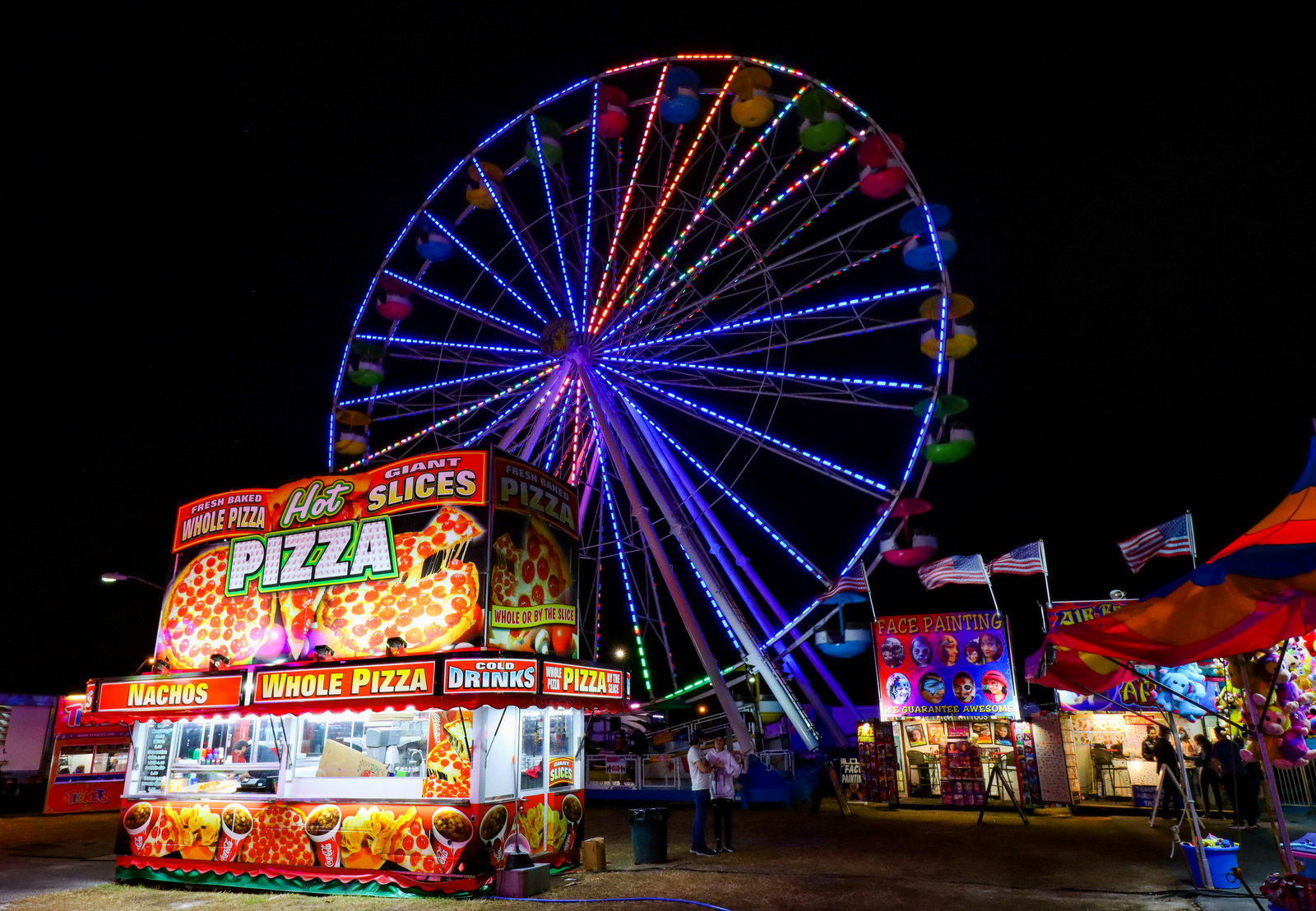 Attendance at the IIWB trade fair on Wednesday was hampered by persistent drizzle into the afternoon. The sun came out later in the day and brightened the spirits a bit. The day was filled with important reopening seminars, brought together by industry experts who were involved in the reopening process.

Crowds were slim, but a flood of professionals from the entertainment industry scoured the booths, made deals or gathered information about the reopening. While many attendees were people who have been coming to the trade show for years, others with shortened schedules saw an opportunity to attend the show when they usually don’t get the chance.

Walks in the Valley of the Sun

Steve Mattfeldt was an example of someone who hasn’t been to the show in years, but attended due to changes in his schedule. In fact, the visit to Gibtown was only the third time in 35 years that Mattfeldt had attended. The Arizona-based owner of Sun Valley Rides was able to work 7 weeks in the Phoenix area last year and then play Memorial Day through July 4 with a small unit in the White Mountains as closures escalated.

The business only operated on weekends, getting money for payroll and paying a few bills to keep things running. By July, however, Arizona had a growing number of cases and there was increasing pressure to shut down the show, which had operated without impact. “We were going to stay but Arizona’s numbers were up and the state started shutting down operations,” Mattfeldt said.

On July 15, they shut down and sent their H2B employees to a landscaping company in Tennessee and a roofing company in Louisiana.
“We were hoping to open in the fall, but since the events were canceled, and we had lost most of our help, so this was the first time in 35 years that we had no employees at the end of summer, ”Mattfeldt added.

Looking ahead to 2021, Mattfeldt sees some signs of hope, such as the kids returning to school on the orders of the Arizona governor. Sun Valley Rides plans to open around May 1 in the Phoenix area before relocating to Utah, Colorado and western Nebraska. Part of their itinerary, New Mexico, is still on hold as events have yet to begin to unfold. Although many of the first Arizona County fairs, such as Pima and Maricopa, have been canceled, Mattfeldt still believes the fall dates will be maintained and the smaller celebrations should be good for them to wait and see. stay on the road to fall.

Routing is of course one of the show’s biggest challenges, as events are canceled or suspended and states either allow operations or remain closed. “Last year, starting in mid-May, we had to redo the course about every week,” said Mattfeldt. The uncertainty continued into 2021.

On the bright side, Mattfeldt said the spots they played in 2021 were solid. They increased by 50-60% in some places as guests were happy to be able to participate in outdoor activities.

Looking ahead, he said, “If we can open up, I think everything will be fine.”

Mattfeldt sees politics as one of the main factors affecting the reopening in many places. “Most places leave the decisions to local health departments,” he said. Each department has a different view of what is required, what state mandates say and how they are interpreted, and the procedures needed to reopen, he explained. This only adds to the uncertainty as some localities are open for business and others remain closed, never able to make a decision and pass the buck to avoid a definitive answer. Coming out in front of the problem, Mattfeldt hopes to avoid as many problems as possible.

Sun Valley Rides operates 16 rides as well as food stalls and games, all of which are owned by the show. They play a mix of fixed dates, sponsored community events and fairs across a course spanning Arizona, Utah, Colorado, New Mexico, and western Nebraska.

Reopening seminars: advice from the experts

About 40 people attended the reopening of events seminar held at the Carousel Pavilion at 1 p.m.

To concern “Seminar “Events that took place during the 2020 season”

Wood and Powers started the seminar by talking about what it takes to be open in 2020. Wood played his usual events in Florida until March when the pandemic hit, then went out of business until ‘he can bring his giant portable wheel to Trimper’s Rides in Ocean City for the summer.

Debbie Powers and her family opened in North Carolina in March until they were closed by the state. They remained closed until they got a call from Frank Zaitshik of Wade Shows, offering to share halfway through the Delaware State Fair, the first major fair to reopen in the country in July. After operating in Delaware, the company moved to Northern Virginia where it operated for 8-10 weeks before moving to South Carolina. Business was good in Virginia but better in South Carolina. They then attempted to reopen in North Carolina at the end of the season but were denied a permit at the last minute.

Calico picked up on this theme and pointed out that the most difficult situation the events faced was the mosaic of authorities allowing events to open up across the county. A total of 24 IAFE members continued their full events and no increase in community illnesses was reported after the events closed.

As Powers pointed out, it only takes one official to say ‘no’ and prevent events from unfolding. She recommended always asking “why” when faced with a “no” answer. Sometimes, Calico said, sometimes health services don’t say “yes” or “no” for fear of having to justify the decision. They kind of give an unspoken approval to go ahead.

It’s a time when many public servants are essentially making laws and overstepping their authority, said Wayne Pierce, and businesses should be on the lookout for health services and other agencies implementing rules that act like laws. which have not been adopted by the legislature. If you look behind the curtain, he said, the attitude of many officials can change when pressed to show their authority to implement restrictions.

All of the panelists agreed that the key to reopening is having a plan and being proactive. Go to the Permits and Health department and show them that you have a plan that has been developed using information from other successful events. Put your plan on your website for consumer confidence, so customers who can’t wait to return know you are taking action to operate safely. 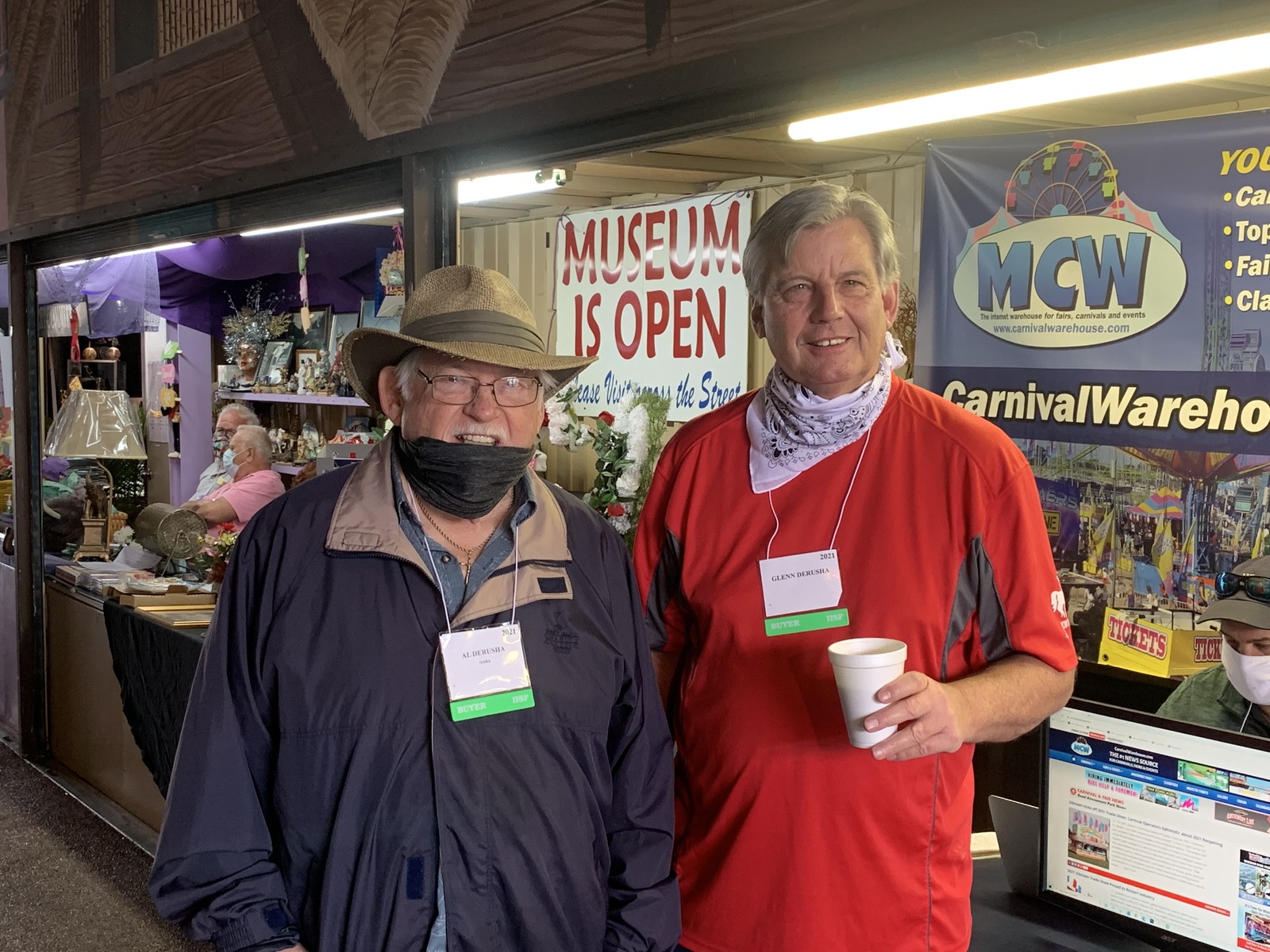 OABA’s Al Derusha and his son Glenn visited CarnivalWarehouse.com ahead of the reopening seminars. Derusha hopes to resume fundraising for OABA through the Jamborees in 2021.

Momentum builds on reboot of the trade show industry