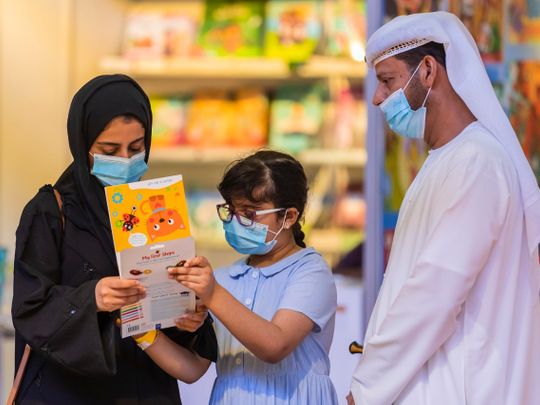 Dubai: The resilience and capacity of the Sharjah Cultural Project received unprecedented attestation with the 11-day success of the 39th Sharjah International Book Fair (SIBF), which took place November 4-15.

Turning the challenges posed by the global coronavirus (Covid-19) pandemic into a once-in-a-lifetime opportunity, the Sharjah Book Authority (SBA) has taken another step forward in designing and delivering SIBF 2020 as the first successful global event in person and on -Format on the ground since major events and fairs across the world have been canceled since March to contain the pandemic.

SIBF 2020’s hybrid offline – online model on the theme ‘The World Reads From Sharjah’, organized by the Sharjah Book Authority (SBA), provided 1,024 publishers from 73 countries with a much needed opportunity to showcase millions titles, including 80,000 new versions to a physical audience of 382,000 people who visited the book fair.

On the other hand, the diverse cultural agenda of SIBF 2020 was fully picked up on the SBA’s “Sharjah Reads” virtual platform and attracted a global turnout of 63,500 participants who joined virtually from all over the world to hear. renowned authors, intellectuals, poets and politicians. , and participate in key discussions moderated by social media and digital experts.

More than 100 Emirati, Arab and foreign writers of fiction, non-fiction, poetry, science, academics, heritage and other genres, signed their works for fans at the special Book Signing Corner featured. place at SIBF 2020.

To ensure the safety of guests, visitors and exhibitors, strict precautionary measures were applied throughout the 11-day cultural event, in line with the UAE government’s efforts to curb the spread of Covid-19 .

Ahmed bin Rakkad Al Ameri, chairman of the SBA, said the event delivers a message that cultural appreciation forms the basis of Sharjah’s vision for development and fuels all of its programs, adding that books are the stone. Angular of Sharjah Society. He further noted that the SIBF 2020 was intended to renew the optimism of the industry and aimed to restore a sense of normalcy in people’s lives, amid the sweeping disruptions caused by Covid-19.

“As one chapter of SIBF ends, a new one begins. This cultural event doesn’t end when visitors leave and the Expo gates are closed. We are continuing our efforts to design the next edition and decorate it with a whole new cultural vision. We are preparing for the 40th edition of the fair next year – an issue that will embody four decades of knowledge and creative development undertaken by the Emirate Cultural Project initiated by His Highness Sheikh Dr. Sultan bin Muhammad Al Qasimi, member of the Supreme and Sovereign Council of Sharjah. The SIBF is the crown jewel of this cultural journey and a key event that we are committed to growing, improving and advancing year after year.

The president of the ASB underlined that the success of this special edition is the fruit of the hard work of each person who made it possible to organize and deliver the event, as well as the eagerness of visitors, editors and scholars to support the SIBF. Al Ameri asserted that the success and achievements of SIBF 2020 will go into the pages of cultural history – locally, regionally and internationally.

SIBF hosted the 10th Publishers’ Conference with the participation of over 317 publishing professionals and 33 speakers, including traditional publishers and electronic publishers from around the world. The three-day event saw professionals, publishing consultants, lawyers and other industry experts discuss the main issues and challenges facing the publishing industry in the region and globally.

The SBA, in collaboration with the American Library Association, ALA, organized the seventh edition of the Sharjah International Library Conference on the sidelines of the SIBF. media members from over 51 countries including 11 nations making their debut in the event.

Under the theme “Libraries and Librarians Meeting the Challenges of the New Normal”, the experts discussed the challenges as well as the opportunities that libraries face in the wake of the coronavirus outbreak.

During the book fair, the SBA announced that it had received applications from 1,014 publishers for the Translation Fellowship which annually funds the translation of books by publishers participating in the annual professional program, which takes place before the start of the SIBF in November of each year. Worth between $ 1,500 and $ 4,000, each grant helps a publisher cover the cost of translation, in part or in full. The SBA has announced that registrations to apply for the fund will remain open until February 2021.

World Virtual Trade Fair for the Loom from October 17 to November 15, 2020