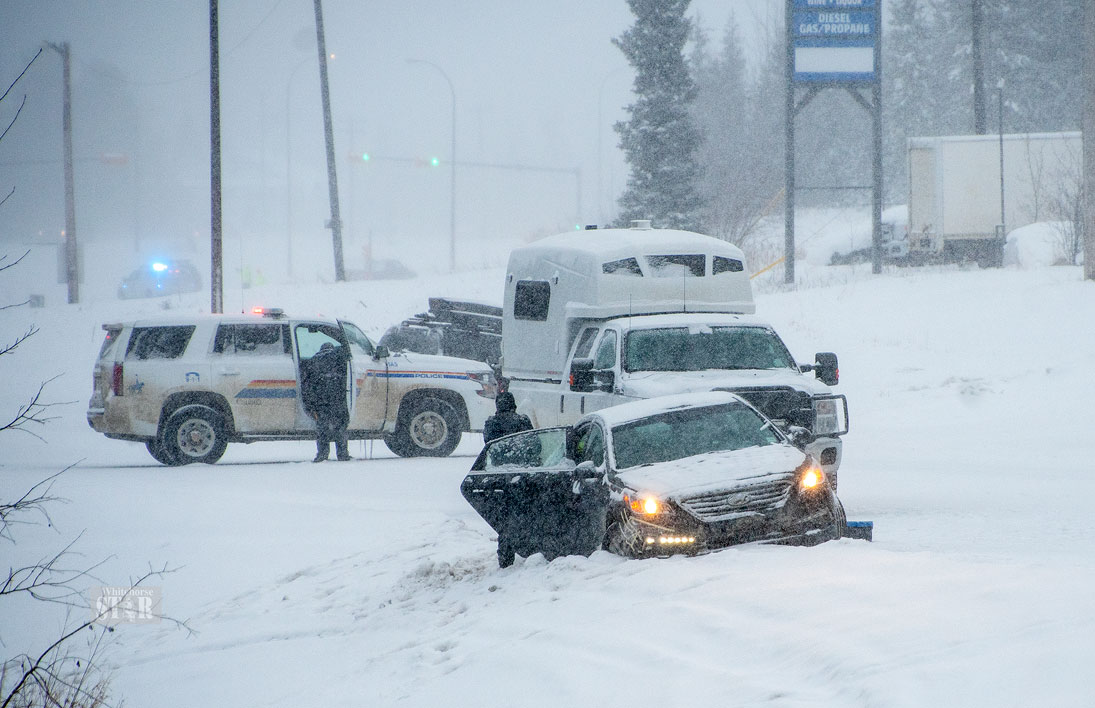 Whitehorse RCMP are searching for a man after discovering a vehicle that was shot on Friday.

At 12:40 p.m., police were called in about a single vehicle incident on the Alaska Highway near the Centennial Street-Wann Road intersection.

Upon arrival, the police discovered that the vehicle, a Hyundai Sonata void of any occupant, appeared to have been shot.

“The incident is said to be targeted and linked to illicit drug trafficking and organized crime,” police said. “As such, the Whitehorse RCMP are now investigating the incident as a doubled attempted murder.”

One lane of the highway was closed for investigation but was reopened to traffic later in the afternoon.

The investigation is progressing and the police are pursuing several leads.

“We advise the public to continue to expect a police presence in the area,” police said.

In addition to questioning the two occupants of the car, investigators are examining CCTV from various businesses in the area for a potential suspect.

They released an initial description of the suspect and associated vehicle that fled north on the Alaska Highway.

He is described as a black man, about six feet tall, possibly driving a small, light-colored SUV, possibly a Toyota RAV4

If you see someone matching the description of the suspect or suspect vehicle, stay away and immediately call the police at 667-5555.

Anyone who may have witnessed the incidents is also invited to contact the police.