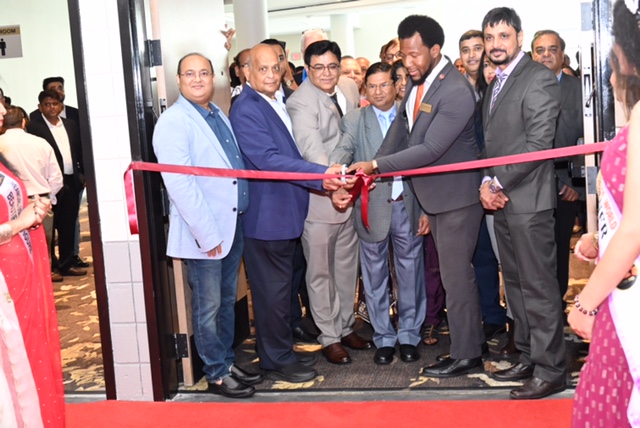 Surat is India’s largest MMF textile hub, producing almost 60% of all Indian MMF textile production. India ranks second after China in the manufacture of articles, garments and other home furnishings.

The three-day GTTF Expo 2022 was held at the Gas South Convention Center, in Duluth, Ga., from June 9-11, according to a press release. The exhibition is supported by the Indian Ministry of Textiles.

Read: Indian textiles on display at the George Washington University Museum (May 12, 2022)

It was opened by Sebastian Barron, Field Representative for the Georgia Governor’s Office. He supported the SGCCI for the holding of such exhibitions in Georgia.

Dr. Swati Kulkarni, Consul General of India in Atlanta Sushmita Das, Co-Director with Indian Chamber of Commerce, USA, Devender Singh, Passport Officer at Indian Consulate in Atlanta, and Vasu Patel, President of the Federation Gujarati associations from the United States, were among those who participated,

Hundreds of trade visitors came on the first day and many placed large orders with more than 50 Surat-based textile manufacturers displaying their products, the statement said.

Overwhelmed by the response from American buyers, Gujarati noted that the United States imports nearly $112 billion worth of apparel, apparel and home textiles annually, 58% of which is MMF textiles.

Currently, China is the largest supplier to the United States in the apparel and home textiles category. Since Indian manufacturers have not yet explored the US market, the supply from the Indian textile industry is very limited.

Surat’s textile industry has recently upgraded its textile manufacturing technology and is now among the best in the world. Its products will surely find relevance in the US market, he said.

Ajit Pant, President of the US-India Chamber of Commerce, Midwest, encouraged everyone to attend and support the first-ever Indian Textile and Garment Manufacturers Expo.

Mustaf Ajmeri, President of Global Entertainment and Media Services, Atlanta, congratulated SGCCI and Octavia Exposium LLP on the success of the exhibition and looked forward to continuing their collaboration in North America.

No show at the show