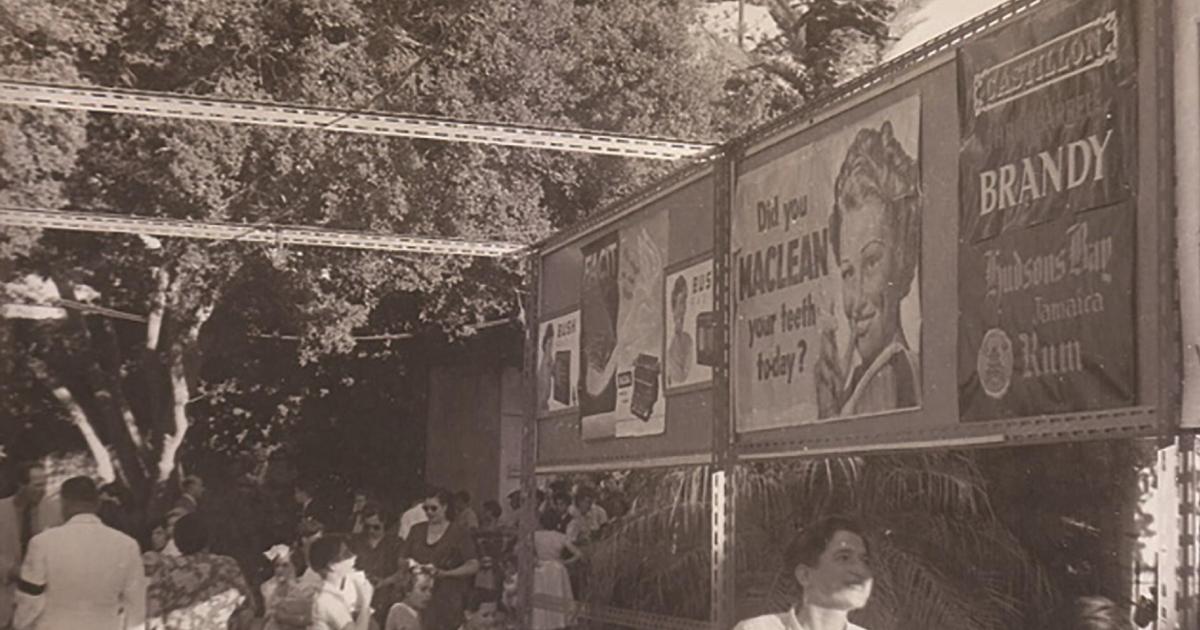 Souvenirs from the 1952 Trade Fair

While the Malta Trade Fair is held at the MFCC, JOHN GUILLAUMIER remembers one of the first fairs, which was held at San Anton Gardens.

Seventy years ago, in the summer of 1952, the Malta Trade Fair was held in San Anton Gardens.

My father’s trading company was commissioned to build several displays for exhibitors at the fair. As a mirror maker, my father exhibited an indoor booth, called “The Mirage of Beauty”, which featured distorting mirrors for the amusement and entertainment of fair goers.

An endless stream of people in the evening passed through the booth and laughed out loud as they looked at themselves in the mirrors.

Showmen have fun in front of distorting mirrors at the 1952 fair.

Among the visitors to the ‘Mirage of Beauty’ were British Governor Sir Gerald Creasy, the elegant Lady Creasy and their daughter, as pictured here. In the background, my older brother, Paul (now deceased) can be seen lowering himself in front of the mirror so he can fit his large frame into it.

My dad’s company also built a medium-sized maze at the fair with an open roof and a few dead ends.

On several occasions visitors to the fair were treated to fashion shows with glamorous English models showing off dresses and gowns that were beyond the financial means of most Maltese women in the early 1950s.

Visitors, including young children, admiring models during a fashion show at the fair. Fashion shows were a fairly new event at the time.

“On several occasions, festival-goers were treated to fashion shows with glamorous English models”

Fashion shows were something quite new in Malta at the time, as clearly evidenced by the bright, eager faces and the sustained attention from the crowded audience. Notice the boy in front, gaping at the model on the platform.

The children had their own play area called ‘Children’s Paradise’.

There were no ‘national’ pavilions at the 1952 Malta Fair. They were introduced to the fair in the 1960s after it moved to Naxxar Exhibition Centre.

The 1952 fair also lacked the quality catering service that was available at the Farsons Pavilion in the late 1960s. At the time, festival-goers lined up in droves throughout the evening to purchase the real Italian pizza (with a tantalizing aroma that could be smelled from afar), tasty arancini di riso and other delicious snacks prepared to high standards.

One of the displays, by James Calder & Co. Malta Ltd

The 1952 Malta Trade Fair was a trade exhibition on a modest scale like everything else in Malta at that time.

The Malta Trade Fair is taking place at the MFCC in Ta’ Qali until July 3rd.

Independent journalism costs money. Support Times of Malta for the price of a coffee.