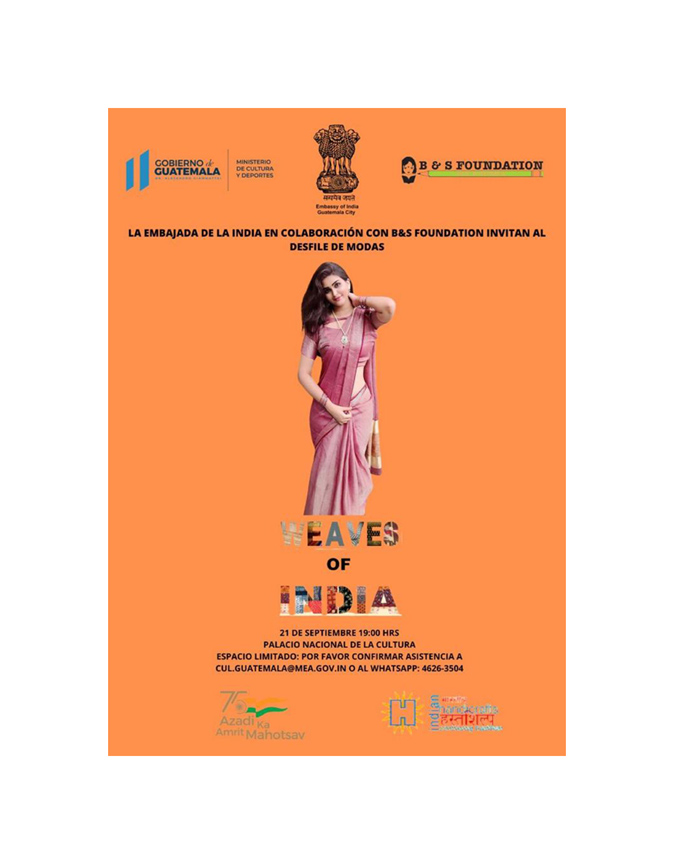 CITY OF GUATEMALA (TIP): The countdown to the 3-day Made in India Trade Expo has begun. The Embassy of India in Guatemala, in collaboration with the “Beti and Shiksha Foundation” (a non-profit and non-political organization that has played a catalytic role in the economic empowerment of women and the promotion of Indian industries ) is organizing an immaculate 3-day “MADE IN INDIA” grand trade exhibition in Cayala from September 22 to 24. The day before, September 21, the Embassy of India in Guatemala and the B&S Foundation are organizing the first ever “Weavings of India” themed fashion show at Patio de la Vida, in the National Palace of Guatemala, to showcase the rich heritage, culture, textiles as a mix of modern and traditional clothing.

The fair aims to increase B2B and B2C connectivity between India and Guatemala, El Salvador, Honduras and other countries in the Latin America region.

The main attraction of the event are 10 National Handicraft Award-winning artisans who come from India with the support of the Export Promotion Council for Handicrafts (EPCH). These 10 artists will showcase their art in handcrafted sari, jewelry, silver engraving, phad painting, among others.