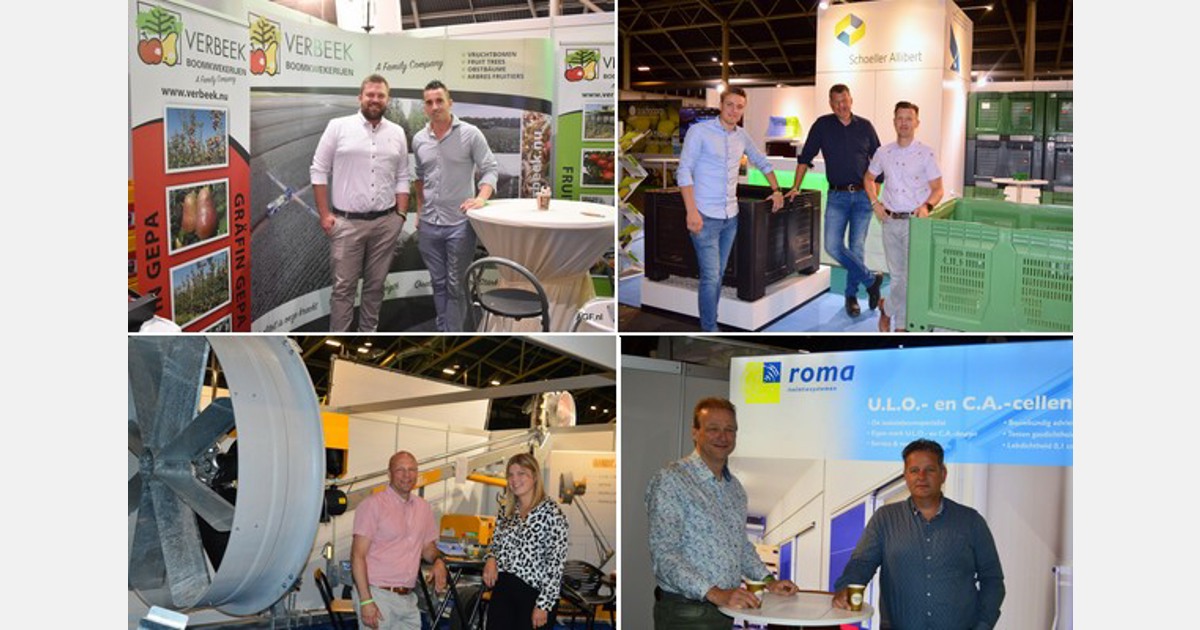 After four long years, Fructura has reopened its doors to those interested in fruit growing. The triennial show has been postponed for a year due to the global pandemic. But from May 18 to 20, it took place in the Trixxo Arena in Hasselt, the Netherlands, and of course AGF.nl took part again.

Attendance unfortunately did not reflect the enthusiasm of the exhibitors. The empty aisles on Wednesday and especially Thursday – when they had to deal with groups of schoolchildren grabbing what they could from the stands – worried them. However, organizers said they received positive feedback from attendees. It is in particular thanks to the content of the interventions of the organizers, that the exhibitors found of good quality.

Fructura organizers say more than 2,000 people visited the show over the three days. Wednesday and Thursday there were about 450 visitors. That number tripled to about 1,200 people on Friday. This increase confirms the suspicion of organizers and exhibitors of disappointing attendance because the event took place during the week.

They say that’s why fewer “day trippers” came to the Trixxo Arena. Additionally, many exhibitors thought the good weather kept the growers themselves in their fields, but Friday’s less good weather would have sparked interest.

Around 115 exhibitors filled the 10,000 m² exhibition hall. Among them, the bad weather that hit the Netherlands on Thursday was the main topic of discussion. There was, of course, relief that it was finally raining after such a long dry spell. However, there were concerns about the extent of this time. The storms wreaked havoc among Dutch fruit growers, so Belgian participants kept a close eye on weather sites.

People were generally delighted to see each other again in person but hope that the attendance for the next edition will be better. Organizers will consider making it a two-day event next time. This will allow a little less dispersal of visitors. In any case, the next Fructura will take place in November, when the weather is much less likely to be so mild.

The HIA-LI exhibition is held on Thursday