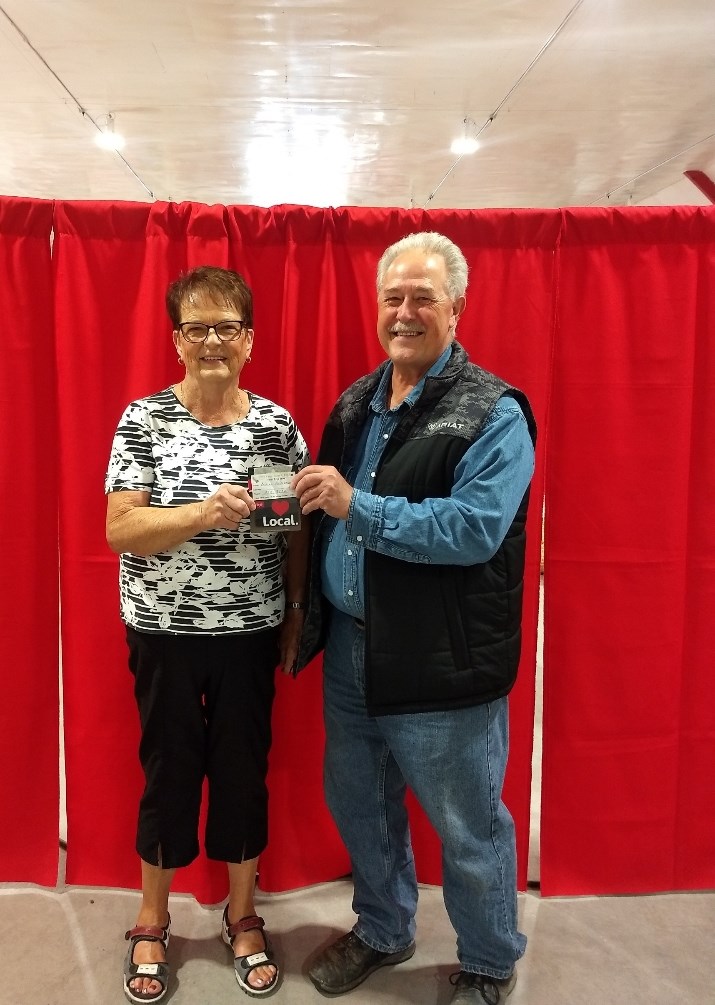 Unity Ag. Society 2022 Autumn Fair and Show is Gladly Back

UNITY – Members of the Unity Agriculture Society were extremely pleased with the attendance and results of their fall fair and trade show held at the Unity Community Center from September 30 to October 30. 1.

While the Ag Society’s first post-pandemic fall trade show and fair was a slightly reduced affair, with all aspects taking place on the curling rink side of the community center, more than 1,000 people paid the admission to browse the show booths and view the Fall Fair entries.

Treasurer Irene Lacoursiere said that number was about half the number of shoppers before the pandemic, when there were just 40 trade show booths compared to 60. She thinks it was still a commendable business and said the fact that they were late in making the decision to move forward may also have contributed. Next year, they hope to start the planning again earlier and send out the call to potential suppliers in January rather than the end of May.

President Elaine Sperle said most exhibitors at the show were happy with the day’s results and she was happy with the variety of booths. As usual, the fudge vendors were busy on both days and something new this year was an antique shop in Chauvin, Alberta. Although he did not sell any items, he was pleased with the exhibit. A number of local businesses have also taken the opportunity to connect with customers and potential customers in new ways.

Mayor Sharon Del Frari was on hand at the Unity Town booth to meet residents and discuss their concerns, while the Unity Lions Club sold handcrafted children’s wooden farm sets as a fundraiser for the expansion of the city’s pedestrian paths. Artist Beth Brown received the award for Best Booth.

Each admission paid by shoppers was also an entry into a raffle, with Azure McGonigle winning the Husquarvana Leaf Blower donated by Robertson Implements and Lorne Shead winning the Pampered Chef Goods Basket donated by Danora Semilet. Elaine Ackerman won the $200 grocery voucher sponsored by Delta Co-op and the Unity Ag Society.

Ahead of the event, the agricultural society had appealed for volunteers, saying its members couldn’t do it all and help was needed to make the weekend a smooth and successful one. Lacoursière said the members were very pleased with the response to this appeal, especially grateful to all the volunteers who helped out in the kitchen. This kitchen was also housed on the ground floor, with the food stand operating from the curling rink lounge.

The Unity Ag Society also greatly appreciated the help of the Unity Kin Club who set up and took down the booths, tables, chairs, etc. , displayed at the west end of the curling rink space. People liked the ability to easily see the entrances as they walked through the living room.

The number of entries for the autumn fair has dropped considerably from previous years, but the reminder of this opportunity to show off your skills in crafts, baking and gardening will hopefully bring in more entries next year. There were two dual winners at the Fall Fair: Katie Ballantyne for Sewing and Crafts as well as Hobby, and Amanda Romanowski for Home Baking and Home Canning. Other big winners were Elaine Sperle in amateur photography, Pat Deck in plants and flowers and Glenda Leslie in fruits and vegetables. Scott Manchester’s photo of a sunflower growing inside another sunflower won the People’s Choice Photography Award. The winners of the children’s prizes were: seven and under – Jacoby Kreimeier, eight to 12 years old – Clara Reiche and 13-18 years old – Jacelyn Delhommeau.

The annual Saturday Pancake Breakfast, hosted by Delta Co-op and Unity Credit Union, was the only fall fair and trade show held upstairs. The breakfast, which was admission by donation, raised $808.75 for KidSport, STARS and Unity Community Daycare.